We were waiting almoust a year for our new male. We were searching for him not only in Russia, but also in Europe, where you can also find very interesting litters, if you have a little bit of luck. This is almost a tradition, when you want something very much, there is always something, what comes you in the way. This time was the same. When we have already found the interesting combination, the mating was either empty or there were only the girls in the litter or all the best puppies from the litter were already reserved. After many months of searching, I began to think that I never menage to import a male. Then I thougt, maybe I should come back to the source. Sometimes the easiest ideas are the best, but also the most difficult to think of. So, I decided to talk to Svietlana Zolotova, the owner of one of the best BRT kennel in the world ("s Zolotogo Grada") from whom we have our Igrun Vasiliy. Svieta promised to help us and to find the puppy, which will be good for us. And so it happend.

JA POBEDITEL s Zolotogo Grada was finally born on 20.01.07 in the far Uljanovsk City. He was very brave during his trip to Warsaw. He seemed to be very self confident and playful from the start. We felt in love with him very quickly so as the rest of our BRT team. 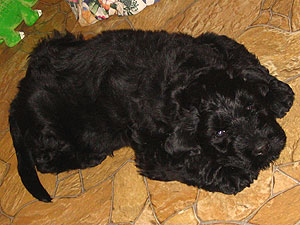 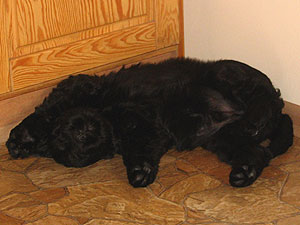 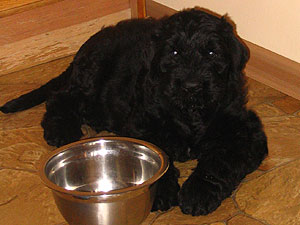 JA POBEDITEL s Zolotogo Grada is a very proud name, but totaly unpractical at home. So, we called him Tytan (it means Titan). This name comes from the Greek mythology and I associated it with a strong, calm giant, who is aware of his strenght. Such an impression made on me Labrash Damsky Ugodnik, the father of JA POBEDITEL, when I saw him on World Dog Show in Poznań in the year 2006. Ugodnik was showed in the intermediate class and he impressed me with his strenght and power. Like father like son, I thought. Also when I look at the pedigree of JA POBEDITEL, there are many world known powerful males. So I thought, that the puppy should be powerful too. And so it was. The puppy looked like a little dragon and that's why he received that name. He has the power, he has the strenght, but instead of calm character he has big temperament. Huge temperament !! I can only hope, that the calm will come in time :) 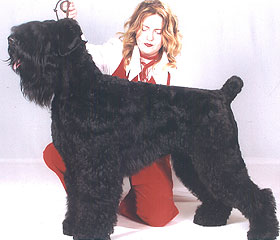 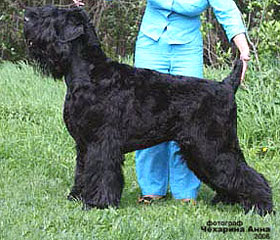 There are such famous dogs in his pedigree like: 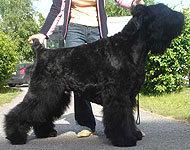 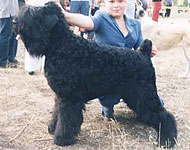 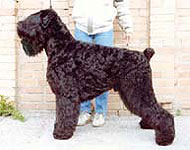 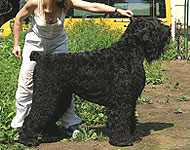 Unfortunately, despite our best efforts JA POBEDITEL S ZOLOTOGO GRADA never went to the show ring and did not obtain permission for breeding. However, it didn't change the fact, that he was loved member of our family and good spirit of our dog pack. We hoped, that thanks to our efforts, he will be with us as long as possible. Unfortunately, after six years of constant struggle for Tytan's health, it was the time to hang up the gloves for the pin. On 03.02.2013. with great regret, we said goodbye to our Winner, (